Testimony of Tracy, Mother of Three, With One Addicted to Marijuana

When I was thinking about how to portray the last eight years, I went back to my childhood in Africa that had a few hairy moments.

I grew up in there and was born into a civil war that I remember very well. On occasions it came as close as my doorstep. This war lasted for twelve years of my life. I remember travelling out to our family’s farm most weekends. My dad always had a few guns in the car; always loaded with the safety catch on, ready to defend his family, in case we were attacked or ambushed on the road. 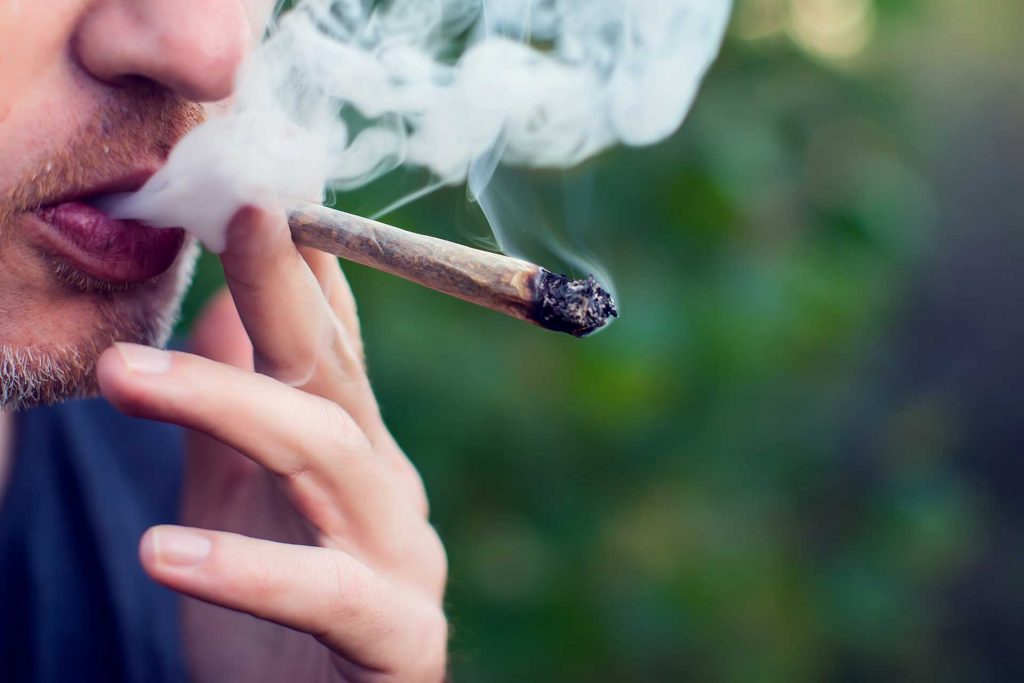 It was a long and scary journey for a young child, always wondering whether we would be attacked or not. I remember pressing my body as close to the back of the car seat as I could, as I figured if the terrorists did start shooting at us, hopefully the bullets would miss me! I remember that when I did hold a gun, even with the safety catch on, I felt a cautious unease, as I knew exactly what it was capable of.

I will say that the experience I had on my journey with a marijuana-addicted child was far more traumatizing, than anything I went through in my childhood.

Marijuana never had that safety catch that I could click on to stop the terrible consequences.

To watch my precious child go through an absolute metamorphosis from being a bouncy, happy, loving, caring, full-of-life boy into a stony eyed, shifty, unpredictable, angry, psychotic and destructive man. My heart was as broken as his life. The harder I tried to protect him, the more difficult it became. I could literally feel the downward spiral and I was helpless to stop it. This drug was slowly, but surely causing my child to die in front of my eyes and there was nothing I could do to stop it.

The exhaustion set in and then to follow was the PTSD and insomnia caused by living off adrenaline 24/7. To repeat the cliché, it was every parent’s worst nightmare.

So, I have thought about how I may help parents to see the signs so they are able to react in time, hoping that what I say will resonate deeply and be an effective tool for preparation of parenting in this minefield of treachery.

I am just an ordinary mum, who has over the years tried her hardest to be there for all my children and has given everything to make sure that they have what they need. I naively thought that this would be enough and that teaching them right from wrong and giving them a stable environment, a good school and plenty of love would ensure that they each make the right choices, later on.

Well, I was gravely mistaken.

For me it has been a bitter/sweet story, as my son Wes has come out the other side still alive and is well on the way to being integrated back into society with a bright future ahead of him. But bitter because he could not live at home anymore and I could not help him with the hardest part of his journey. It was one of my hardest struggles as a parent who put every single part of herself into her children, sacrificing career and all other things to be able to give them the best of myself.

I so wanted to be with him and help him, but for the first time in his life, I couldn’t. In fact, I had to get used to the idea that I may have enabled him in his addiction. That was so hard, knowing that my love and support was actually not helping, but prolonging the problem. As a mother this cruelty forces you to be severed from your child and this was particularly heartbreaking, but crucial to his recovery and healing and mine too.

As he spent more time in rehab, he started to open-up with me, sharing his journey. He told me that he first started using marijuana when he was thirteen years old.

He said, “Mom, they told me it was harmless fun! They said I could get off it anytime I wanted and that it was ‘RECREATIONAL’!

I was stunned that that word was used to describe marijuana! Really, I said, horrified at the acceptance and complacency of something that had caused our family so much pain.

It did not feel very recreational to me, lying in bed night after night for years wondering if my son would make it home alive, while he trawled the streets late at night high on weed and hooning! A friend of mine commented that, “his Angels were always putting in a lot of overtime”!

It did not feel very ‘recreational’ getting a phone call on Christmas morning when I wished my husband Happy Christmas and his words back to me were, “He’s been in an accident, he has rolled his 4 x 4 and the police are after him.”

Car after car was totalled as his perception of risk was numbed and his reaction time slowed, job after job was lost through inability to concentrate; court cases for dangerous driving; credit cards stolen from us; huge rages when he didn’t get his next joint in time to calm him down; furniture thrown, holes punched in walls and years of family trauma; not just to us, but to our other children also.

He told me of episodes of psychosis, severe paranoia, and sleep paralysis, where he felt that something very heavy was pressing down on his chest and he could not move or breath. Our whole family was in stress and trauma. Just from this harmless ‘recreational’ drug!

In the end, he used to take very long, hot showers. I never knew why until one day, the shower had been going for about an hour and a half and I thought I had better check on him. I opened the door and the steam bellowed out and when it settled, I saw my 6 foot 4 son, curled up on the shower floor writhing in pain.

As I looked up, I saw the precipitation on the walls was dripping down and it wasn’t clear like water, but a brown tar colour covering every side of the bathroom walls. This nightmare I was looking at stays with me even today.

I was so shocked! What was happening to him! It took me a while to work out, but I eventually realised that his liver and kidneys were not coping with the toxic chemical load in his body and needed help to expel them.

The skin is another organ that the body uses to expel toxins and this long showering habit was his body compelling him to sweat it out to help his kidneys and liver that were not managing anymore. I read up on a condition called Cannabinoid Hyperemesis Syndrome, which are compulsive hot water showers resulting from long-term, heavy marijuana use.

Symptoms include vomiting, nausea and terribly sore stomachs, only relieved by hot sweaty baths or showers. His body was going into a toxic state and was not coping. I don’t think at that stage he thought that cannabis was harmless or ‘recreational’.

He said to me one day

“Mom, I thought I could stop it any time I wanted, but my body let me down.”

I thought for a moment and said, I think it was more than your body that let you down, it was that message you were told when you were thirteen, about it being harmless and ‘recreational’.

He was deceived and lied to, as so many of our children are and this is why I am sharing my story with you. We as parents need to change this message that is so strongly out there that marijuana is harmless and ‘recreational’.

Please everyone, I urge you not to be silent, not to be complacent and especially do not let yourselves or your children be deceived about this drug.

I share my journey with anyone who may be interested and I can tell you that everyone I speak to either has someone in their family or someone that they know who is affected by drugs.
This evil is closer to home that you may think and it will steal, kill and destroy lives and families, if it is not more truthfully acknowledged.

Martin Luther King said, and I quote, “Our lives begin to end the day we have become silent about things that matter!”

Help us Make a Difference

Let’s not be silent about this, because our children’s lives matter and are too precious to risk allowing them to be deceived. Let’s all be proactive and change this deception together and let’s give our children hope and a better future.

The message derived from what I lived through is:

Marijuana will lead you and your family down the pit of hell and if you are lucky enough to get out the other side in one piece, you and your family’s whole life will be shattered and it will take a long time to put back together.

The pain and heartache isn’t over for us yet.

There are broken sibling relationships from the years of neglect of the other children in the family, while the parents are trying to save the addicted child.

There is resentment, bitterness, post-traumatic stress and heartache, because of the trauma that was brought into the house from the ‘harmless’ drug.

My son said he lives with the guilt and shame of what he has done to everyone, every day of his life. This journey is no picnic, and we all need to become more aware of the truth of marijuana and the real story about what it does nowadays.

Ready to Get Help?

Check out our Support Pages for Rehabilitation and Detox Information

As parents, not doing anything about this damaging message is the same as playing Russian roulette with our children’s lives, some will make it through the lies and deception, and some won’t.

It’s not worth taking the risk with your children, speak out loudly and when enough of us have spoken, we will not be able to be ignored.

In Africa, a lioness will defend her cubs to the death, even going up against a male lion twice her size! We need to have the same mindset when it comes to protecting our children. The problem this country has is enormous and will touch every single child, but we can collectively start to change that by being actively involved in making sure this complacent message about drugs is changed.

Help us Make a Difference