Cannabis is a cannabinoid drug.

How does marijuana affect the brain?

Marijuana has both short-and long-term effects on the brain.

When a person smokes marijuana, THC quickly passes from the lungs into the bloodstream.

The blood carries the chemical to the brain and other organs throughout the body.

The body absorbs THC more slowly when the person eats or drinks it. In that case, they generally feel the effects after 30 minutes to 1 hour.

These natural chemicals play a role in normal brain development and function.

Marijuana over activates parts of the brain that contain the highest number of these receptors. This causes the “high” that people feel. 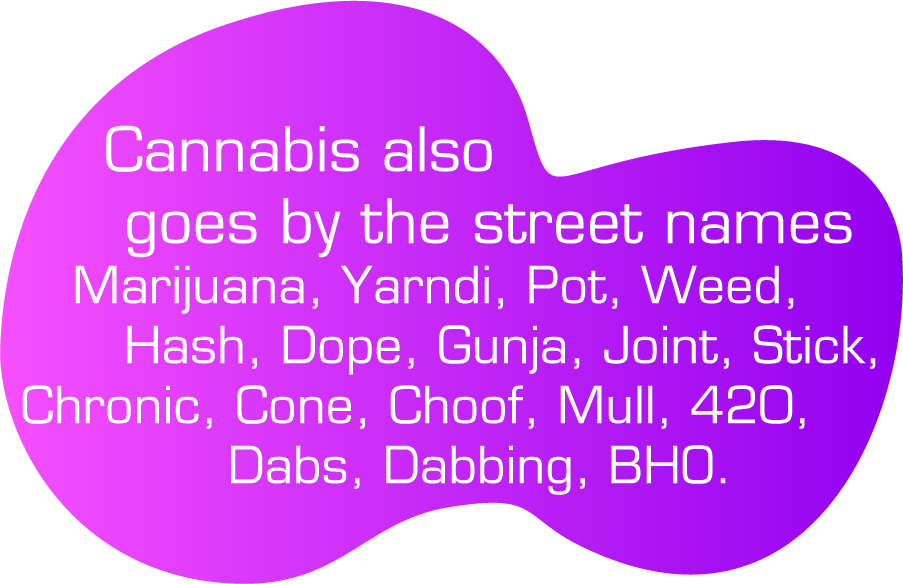 Marijuana also affects brain development. When people begin using marijuana as teenagers, the drug may impair thinking, memory, and learning functions and affect how the brain builds connections between the areas necessary for these functions. Researchers are still studying how long marijuana’s effects last and whether some changes may be permanent.

A Rise in Marijuana’s THC Levels

The amount of THC in marijuana has been increasing steadily over the past few decades. For a person who’s new to marijuana use, this may mean exposure to higher THC levels with a greater chance of a harmful reaction. Higher THC levels may explain the rise in emergency room visits involving marijuana use.

The popularity of edibles also increases the chance of harmful reactions. Edibles take longer to digest and produce a high. Therefore, people may consume more to feel the effects faster, leading to dangerous results.

Higher THC levels may also mean a greater risk of addiction if people are regularly exposing themselves to high doses.

Marijuana smoke irritates the lungs, and people who smoke marijuana frequently can have the same breathing problems as those who smoke tobacco.

These problems include daily cough and phlegm, more frequent lung illness, and a higher risk of lung infections.

Researchers so far haven’t found a higher risk for lung cancer in people who smoke marijuana.

Marijuana raises heart rate for up to 3 hours after smoking.

This effect may increase the chance of heart attack.

Older people and those with heart problems may be at higher risk.

One study found that about 20% of pregnant women 24-years-old and younger screened positive for marijuana.

Additionally, in one study of dispensaries, nonmedical personnel at marijuana dispensaries were recommending marijuana to pregnant women for nausea, but medical experts warn against it.

This concerns medical experts because marijuana use during pregnancy is linked to lower birth weight and increased risk of both brain and behavioural problems in babies.

If a pregnant woman uses marijuana, the drug may affect certain developing parts of the foetus’s brain.

Children exposed to marijuana in the womb have an increased risk of problems with attention, memory, and problem-solving compared to unexposed children. Some research also suggests that moderate amounts of THC are excreted into the breast milk of nursing mothers.

With regular use, THC can reach amounts in breast milk that could affect the baby’s developing brain. Other recent research suggests an increased risk of preterm births. More research is needed. Read our Marijuana Research Report for more information about marijuana and pregnancy

Regular, long-term marijuana use can lead to some people to develop Cannabinoid Hyperemesis Syndrome. 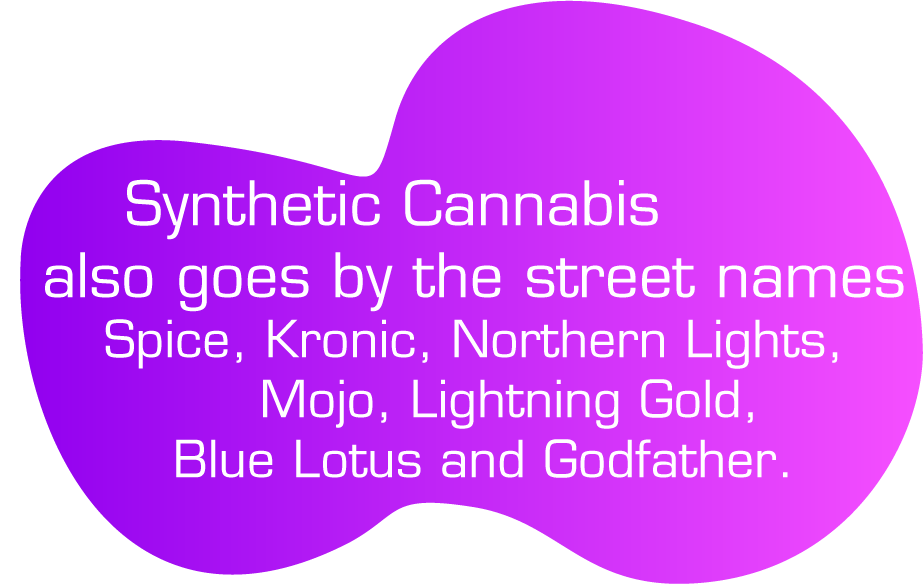 Synthetic cannabis is a New Psychoactive Substance (NPS) that was originally designed to mimic or produce similar effects to cannabis and has been sold online since 2004. However, some of the newer substances claiming to be synthetic cannabis do not actually mimic the effects of THC (delta-9 tetrahydrocannabinol, the active ingredient in cannabis).

Reports suggest it also produces additional negative effects. These powdered chemicals are mixed with solvents and added to herbs and sold in colourful, branded packets. The chemicals usually vary from batch to batch as manufacturers try to stay ahead of the law, so different packets can produce different effects even if the name and branding on the package looks the same.

So far, there have been few scientific studies of the effects of synthetic cannabinoids on the human brain, but researchers do know that some of them bind more strongly than marijuana to the cell receptors affected by THC and can produce much stronger effects. The resulting health effects can be unpredictable and dangerous.

Because the chemical composition of many synthetic cannabinoid products is unknown and may change from batch to batch, these products are likely to contain substances that cause dramatically different effects than the user might expect.

Synthetic cannabinoid users report some effects similar to those produced by marijuana:

What are some other health effects of synthetic cannabinoids?

People who have used synthetic cannabinoids and have been taken to emergency rooms have shown severe effects including:

Spice was the earliest in a series of synthetic cannabis products sold in many European countries. Since then a number of similar products have been developed, such as Kronic, Northern Lights, Mojo, Lightning Gold, Blue Lotus and Godfather.